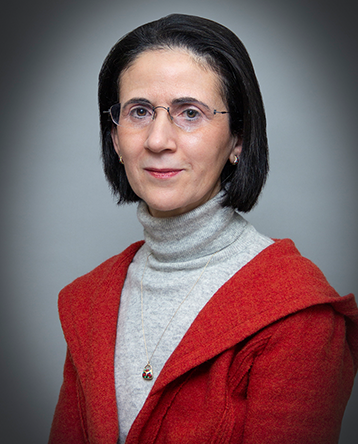 Ilhem F. Hakem received her Diplôme d’Etudes Supérieures and MS degree in physics and her Ph.D. in polymer physics from the University of Abou Bekr Belkaïd, UABT (Tlemcen, Algeria). She taught and did research at UABT until 2005 when she joined the Department of Materials Science and Engineering (MSE) at Carnegie Mellon University as a visiting professor from 2005 to 2011 then research associate. Prior to joining Carnegie Mellon, Hakem did several short and long-term visits as a visiting professor at l’Institut Charles Sadron (Strasbourg, France) and the Max-Planck Institute for Polymer Research (Mainz, Germany) where she worked on mean field theory of neutral polymeric and polyelectrolyte systems and on scaling theory for the adsorption of weakly charged polyelectrolytes onto oppositely charged surfaces. She also held the position of visiting scientist at Argonne National Laboratory where she worked on small-angle neutron scattering of amphiphilic polymer systems in the presence of electrolytes, at the Intense Pulsed Neutron Source. Hakem joined Carnegie Mellon’s Department of Chemical Engineering in 2018.