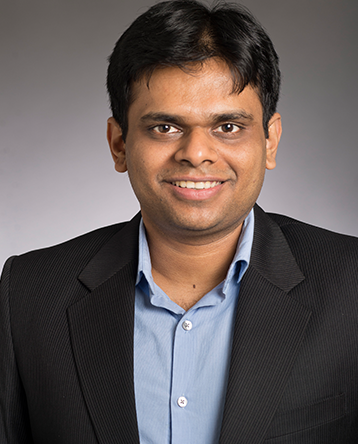 Venkat Viswanathan is an associate professor in the Department of Mechanical Engineering at Carnegie Mellon University. Viswanathan’s research focus is on identifying the scientific principles governing material design, inorganic, organic, and biomaterials, for novel energy conversion and storage routes. The material design is carried out through a suite of computational methods being developed in his group, and validated by experiments. Some key research thrusts include identifying principles of electrolytes design (organic material) that can tune electrode catalysis, identification of new anode, cathode (inorganic materials), and electrolyte materials for next generation batteries, and new electrocatalysts (inorganic) and biomaterials for energy storage and separation applications. In addition to material design, his group is involved in several cross-cutting areas such as battery controls, electric vehicle security, and GPU accelerated computing.

Many faculty from across the College of Engineering will be featured at events during this year’s Global Clean Energy Action Forum.

MechE’s Venkat Viswanathan was quoted in the Washington Post for his expertise on rechargeable batteries and why they sometimes expand in size.

Mechanical Engineering researchers are exploring the potential of rechargeable batteries in electric vertical take-off and landing (eVTOL) aircraft, which could transform transportation in metropolitan areas and battle emissions, congestion, and air pollution.

MechE’s Venkat Viswanathan and Shashank Sripad were featured in Forbes for their research on eVTOLS.

MechE’s Venkat Viswanathan was mentioned by Aionics, where he is a chief scientist, about his new work on using robotics and machine learning for the efficient optimization of a non-aqueous battery electrolyte.

An EV-olution for charging stations

INCEPTS software is one of the first tools that uses real-world data to consider traffic-centric, environmental, and geographical effects on electric vehicle batteries.

Viswanathan quoted on Tesla and batteries

MechE’s Venkat Viswanathan was quoted on IEEE Spectrum about Tesla’s progress with batteries for electric vehicles.