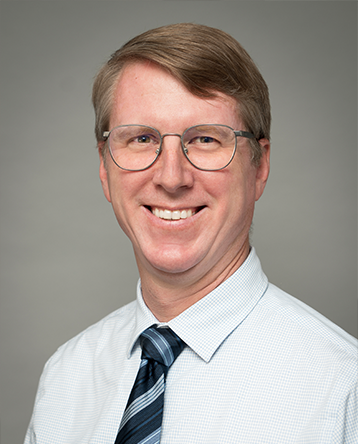 Peter Adams is a professor in the Civil and Environmental Engineering Department and the Engineering and Public Policy Department at Carnegie Mellon University. Adams' research largely focuses on development of chemical transport models, especially the simulation of aerosol microphysical processes, ultrafine particles, and the formation of cloud condensation nuclei in global climate models. Areas of research have also included the effects of climate change on air quality, short-lived climate forcers, atmospheric ammonia and particulate matter formation from livestock operations, and the simulation organic particulate matter.

Adams was selected for a Fulbright grant to collaborate with researchers at the Institute of Atmospheric Sciences and Climate in Bologna, has been a Visiting Senior Research Scientist at the National Aeronautics and Space Administration's Goddard Space Flight Center, and received the Sheldon K. Friedlander Award for outstanding doctoral thesis from the American Association for Aerosol Research. He has previously served on the Commonwealth of Pennsylvania's Air Quality Technical Advisory Committee and the Allegheny County Health Department's Air Toxics New Guidelines Proposal Committee, as well as service to the American Association for Aerosol Research. His research is supported primarily by the Environmental Protection Agency, the National Science Foundation, the National Aeronautics and Space Administration, the Department of Energy, and the Department of Defense.

Adams to serve on EPA Science Advisory Board

EPP Head Peter Adams will work with the EPA on the Science Advisory Board’s BenMAP and Benefits Methods Panel. The panel will provide independent advice and analysis of the evidence used to quantify and monetize air pollution-related effects and how the BenMAP tool comes to these conclusions.

The African Engineering and Technology Network, led by CMU-Africa, awarded six planning grants to research collaborations that will lead to socio-economic impact and focus on driving inclusive digital growth on the continent.

EPP Head Peter Adams is one of the co-authors on a paper published in the New England Journal of Medicine that argues against the EPA’s current stance on air pollution standards for fine particulate matter.

Peter Adams, a Carnegie Mellon University professor and leading researcher in the field of air quality and environmental policy, has been named head of the Department of Engineering and Public Policy (EPP).

Researchers from CMU’s College of Engineering are part of a collaboration that has created easy-to-use tools to estimate the societal costs of air pollution.

The EPA recently disbanded a review panel that was meant to generate health recommendations for air pollution. The air quality experts, including CEE/EPP’s Peter Adams, decided to meet anyway. They believe that fine particulate pollution is a serious health risk to millions of Americans and needs to be discussed.

CEE/EPP’s Peter Adams was interviewed by WESA FM on the difference between ground-level ozone and stratospheric ozone. Ozone is unsafe for humans to breathe, but in the atmosphere, it protects the earth from the sun’s ultraviolet radiation. “When ozone is up high in the ozone layer…you don’t have to breathe it,” Adams said. “If you did, it would still be equally bad for you.”

Congratulations to the College of Engineering’s 2019 recipients of the Celebration of Education Awards, which recognize individuals who exemplify excellence in teaching, advising, and mentoring.

CEE/EPP’s Peter Adams recently earned the 2019 Lyman A. Ripperton Environmental award, named by the Air and Waste Management Association (A&WMA). The annual award is given to an educator who inspires students and teaches with “rigor, humor, humility, and pride.”

Putting the power to model pollution into your hands

At Carnegie Mellon, Professor Peter Adams is working to make sure that everyone who is affected by air pollution has the tools they need to understand the quality of their air.