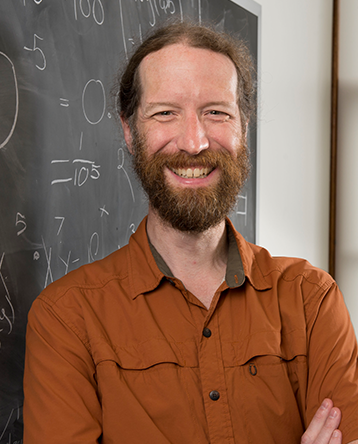 Neil Donahue is a professor in the Departments of Chemistry, Chemical Engineering, and Engineering and Public Policy at Carnegie Mellon University. He also directs the Steinbrenner Institute for Environmental Education and Research. He seeks to understand how Earth’s atmosphere works, and how humans affect the atmosphere. One of his objectives is to help all graduating Carnegie Mellon students understand the climate problem and to apply their outstanding problem solving skills to solutions of this enormous challenge. He is a member of numerous professional societies, a Fellow of the American Geophysical Union, and an editor with several academic journals.

Donahue’s research group focuses on the behavior of organic compounds in Earth’s atmosphere. They are world experts in studying what happens to compounds from both natural sources and human activity when they are emitted into the atmosphere. Recently his research has focused on the origin and transformations of very small organic particles, which play a critical role in climate change and human health. Particles scatter light, influence clouds, and kill roughly 50,000 people each year in the US, mostly of heart attacks.

Donahue’s father taught physics at Pitt, and Donahue received a B.S. in Physics from Brown University in 1985. He received a Ph.D. in meteorology from MIT in 1991, and spent nine years as a research scientist at Harvard before returning to Pittsburgh in 2000. He lives with his wife Maren Cooke and daughters Kielan and Innes in Squirrel Hill. They have three kW of photovoltaic solar panels on their roof. Donhaue is also an avid road cyclist; you may find him on one hill or another around town.

Clouds Are the Clue to Climate Predictions

Donahue quoted on the potential to control lightning with lasers

ChemE/EPP’s Neil Donahue spoke with Inverse about the mysteries in the physics of how lightning emerges. A new study details the first successful attempt to divert lightning with lasers, more than 270 years after Benjamin Franklin’s lightning rod. Donahue believes the simple design of the lightning rod will be used for many more years.

Neil Donahue will receive the American Chemical Society (ACS) Award for Creative Advances in Environmental Science at the ACS Spring 2023 meeting in Indianapolis.

ChemE/EPP’s Neil Donahue was quoted on the proposal to make Pennsylvania the host of one of four clean hydrogen hubs nationwide. “Hydrogen is another form of energy storage, like batteries,” Donahue says. “The question is where does the energy required to produce hydrogen come from?” Donahue suggests that we should instead be focusing on funneling resources to renewable energy.

Donahue quoted in article on adding butane to gasoline

ChemE’s Neil Donahue was interviewed for a WTAE article on the possible environmental impacts of the White House proposal to put butane in gasoline in an effort to reduce gas prices.

A new discovery sheds light on one way new particles are forming in the upper troposphere. Published in Nature, the study’s findings suggest that in addition to carbon dioxide, there are other compounds in need of immediate attention and regulation.

ChemE/EPP’s Neil Donahue was listed as one of Web of Science’s Highly Cited Researchers in the field of Geosciences in the 2020 rankings.

Donahue is founding editor in chief of Environmental Science: Atmospheres

ChemE/EPP’s Neil Donahue is the founding editor in chief of Environmental Science: Atmospheres, a gold open access journal committed to bringing the wider environmental science and climate change communities together in a fresh, open approach.

ChemE/EPP’s Neil Donahue was quoted in KDKA on coronavirus spread. There is evidence for inside transmission.

ChemE/EPP’s Neil Donahue was featured on a Nature podcast and in C&EN on atmospheric smog.

An international team of researchers have discovered a previously unknown mechanism that allows atmospheric particles to very rapidly form under certain conditions. The research, published in Nature, could aid efforts to model climate change and reduce particle pollution in cities.