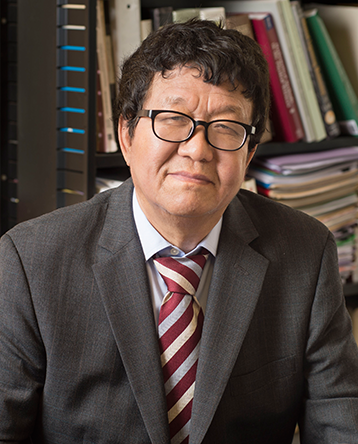 Myung S. Jhon is a professor of Chemical Engineering, a member of the Data Storage Systems Center (DSSC), and the Engineering Research Accelerator. Jhon received his B.S. in physics from Seoul National University, Korea, and his Ph.D. in physics from the University of Chicago. He has served as visiting professor in several institutions, including the U.S. Department of Energy (National Energy Technology Laboratory and Sandia National Laboratories); the Department of Chemical Engineering, University of California, Berkeley; the IBM Almaden Research Center, San Jose; and the Naval Research Laboratory, Washington, D.C. He served as a consultant to the United Nations Industrial Development Organization, and also served as a corporate science and technology advisor for Mitsubishi Chemical Corporation (Japan) for several years.

During his leave of absence from CMU, Jhon served as the president and CEO of Doosan DND Co., Ltd. He also served as a world class university professor at Sungkyunkwan University in Korea. Jhon is internationally known for his work in the fields of computational science, information storage systems, nanotechnology, organic light-emitting devices, and chemical mechanical polishing.

Jhon is a Fellow of the Korean Academy of Science and Technology. He has served as an advisory committee member for a Korean national program for Tera-level nanodevices, as well as the chair of advisory board and a lead organizer of the US-Korea Nanotechnology Forum. Jhon is also dedicated to the educational process, as is evident from his numerous teaching awards, and his role as an ABET evaluator (Akron, Worcester Polytechnic Institute, Rochester, Tufts, Stanford, Connecticut, Tennessee Tech, Stevens Institute of Technology, Maryland, and Florida) and the Carnegie Institute of Technology faculty and undergraduate chair in his department. Currently, he is completing an undergraduate textbook entitled, Principles of Fluid Mechanics, part of which is published on the Carnegie Mellon website.