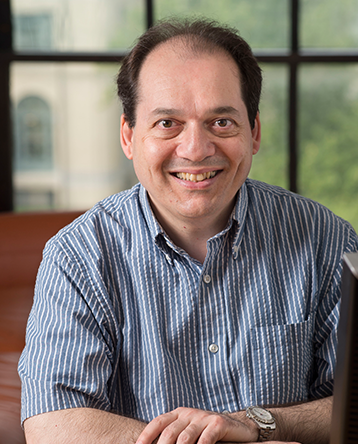 Nikolaos “Nick” Sahinidis is a courtesy professor in the Department of Chemical Engineering at Carnegie Mellon University. His research has included the development of theory, algorithms, and the BARON software for global optimization of mixed-integer nonlinear programs. Scientists and engineers have used BARON in many application areas, including the development of new Runge-Kutta methods for partial differential equations, energy policymaking, modeling and design of metabolic processes, product and process design, engineering design, and automatic control. Several companies have also used BARON in the automotive, financial, and chemical process industries.

Sahinidis’ research activities have been recognized by a National Science Foundation CAREER award in 1995, the 2004 INFORMS Computing Society Prize, the 2006 Beale-Orchard-Hays Prize from the Mathematical Programming Society, the 2010 Computing in Chemical Engineering Award, the 2015 Constantin Caratheodory Prize, and the National Award and Gold Medal from the Hellenic Operational Research Society in 2016. He is a Fellow of INFORMS and AIChE. He is the current of editor-in-chief of Optimization and Engineering.

The Dow Chemical Company launched a program called the University Partnership Initiative (UPI), investing in 11 chemical engineering departments across the country, including CMU’s, to develop the next generation of leaders in process development, energy, transportation, and consumer applications.

ChemE’s Nick Sahinidis was named editor-in-chief of the journal Optimization and Engineering (OPTE).