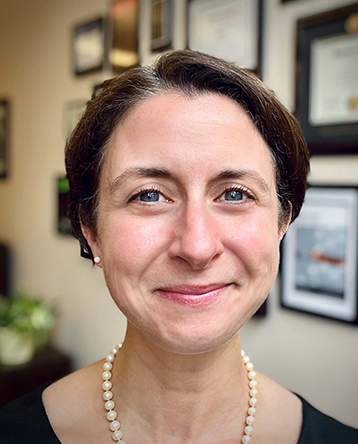 Kathryn Whitehead is a professor in the Department of Chemical Engineering at Carnegie Mellon University. Whitehead joined the Department of Chemical Engineering as an assistant professor in 2012. She obtained a bachelor’s degree in chemical engineering from the University of Delaware in 2002 and her Ph.D. in chemical engineering from the University of California, Santa Barbara in 2007. As a graduate student in the laboratory of Samir Mitragotri, Whitehead developed systems for the oral delivery of macromolecules. From 2008 - 2012, she undertook postdoctoral training with Bob Langer at the Koch Institute for Integrative Cancer Research at MIT. There, she developed biomaterials and methodologies for the advancement of RNA interference therapeutics. Whitehead is a native Pennsylvanian, having grown up in Allentown.

The research interests of the Whitehead Lab lie at the interface of chemical engineering, molecular biology, and medicine. The group’s ultimate goal is to engineer safe and effective drug delivery systems capable of achieving therapeutic outcomes in biological models and, ultimately, in humans. As a first step, the Whitehead Lab is interested in developing a fundamental understanding of the relationship between delivery barrier biology and drug transport. To accomplish this, the group is employing RNA interference, a biological phenomenon that induces gene silencing in the presence of siRNA. Through the identification of cellular components essential to the drug transport process, the group is able to design delivery systems using modern chemical techniques to overcome or cooperate with those components. Specifically, Whitehead’s Lab is interested in the development of delivery systems for the nucleus, the intestinal epithelium, and various leukocytes, including B lymphoma cells.

Kathryn Whitehead is exploring ways to utilize the unique properties of breast milk to develop a novel approach to infant disease therapy.

ChemE’s Katie Whitehead was quoted in BBC on the capabilities of mRNA.

CMU Chemical Engineering Ph.D. student, Mariah Arral, has never let anything stand in the way of pursuing her dreams. From battling through financial hardship to overcoming disabilities like autism and dyslexia, she continues to work towards a career in academia, one that many told her would never happen.

With major investments in infrastructure and innovation pending, a multi-disciplinary initiative lead by EPP’s Erica Fuchs is building the tools and innovations to inform government decisions.

Katie Whitehead explains lipid nanoparticles and how mRNA drugs will provide treatments and cures for some of the world’s most deadly diseases and pathogens at the 2021 TED conference in Monterey.

ChemE’s Katie Whitehead was quoted on Healthline about a cluster of allergic reactions tied to one lot of the Moderna COVID vaccine in California.

Are strawberries the key to developing an insulin pill?

Katie Whitehead and her team have now shown that the development of a safe insulin pill is possible.