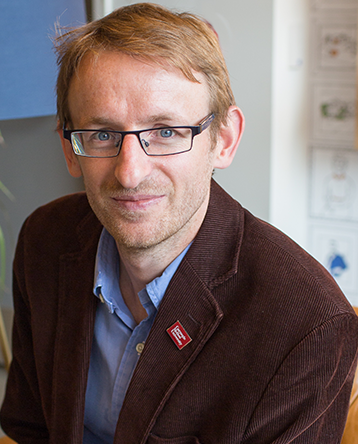 Hamish Gordon is an assistant professor in the department of chemical engineering and the Center for Atmospheric Particle Studies. His research interests are focused on the effects of air pollution and natural airborne particles on clouds and climate. He received his first degree from the University of Cambridge in 2009, and his doctorate from the University of Oxford in experimental high energy physics in 2013. He moved to Carnegie Mellon from a postdoc position at the University of Leeds in 2019.

Gordon’s research in atmospheric science is based around developing weather prediction and climate models. He aims to help the models better represent airborne particulate matter and its effect on clouds. To improve the models, he simulates particular regions of interest at high resolution to study atmospheric processes. He compares the simulations with detailed observations of atmospheric properties. He has also participated in the collection of these observations, and in laboratory experiments designed to help improve models. He continues to be involved in the CLOUD experiment at CERN, where he worked from 2013 to 2016. This experiment studies the formation of new particles in the atmosphere from gases such as sulfuric acid. More recently, he also participated in an aircraft study of how smoke mixes into clouds above the south Atlantic Ocean.

MechE’s Ryan Sullivan and Research Accelerator Hamish Gordon have received funding from the Department of Energy to continue studying how wildfire emissions could affect the climate.

A new discovery sheds light on one way new particles are forming in the upper troposphere. Published in Nature, the study’s findings suggest that in addition to carbon dioxide, there are other compounds in need of immediate attention and regulation.

The Accelerator’s Hamish Gordon and ECE’s Amritanshu Pandey were recently announced as winners of the C3.ai Digital Transformation Institute awards, which this year focused on “digital transformation & AI for energy and climate security.”