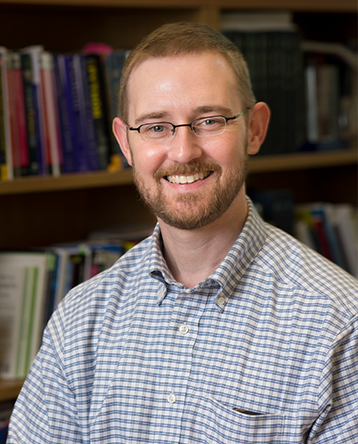 Kitchin completed his B.S. in chemistry at North Carolina State University. He completed an M.S. in materials science and a Ph.D. in chemical engineering at the University of Delaware in 2004 under the advisement of Dr. Jingguang Chen and Dr. Mark Barteau.

He received an Alexander von Humboldt postdoctoral fellowship and lived in Berlin, Germany for 1½ years studying alloy segregation with Karsten Reuter and Matthias Scheffler in the Theory Department at the Fritz Haber Institut. Kitchin began a tenure-track faculty position in the Chemical Engineering Department at Carnegie Mellon in January 2006. He was awarded a DOE Early Career award in 2010. He received a Presidential Early Career Award for Scientists and Engineers in 2011.

Making sense of too much data

With hundreds of research papers published each day, synthesizing all of the available information for literature reviews has become increasingly difficult. Now, professors and librarians at Carnegie Mellon University are teaming up to find and teach unique techniques to uncover pertinent information for academic studies.

Carnegie Mellon Chemical Engineering Professor, John Kitchin, is carving out a path for scientists and engineers to learn the computer programming language, Python. His new nine-booklet series combines over 20 years of knowledge with an easy-to-follow, step-by-step approach.

ChemE’s John Kitchin was a keynote speaker at the Pacific Northwest National Laboratory conference and discussed issues in applying computations from machine learning to experimental research.

ChemE’s John Kitchin received a grant from the U.S. Department of Energy’s Office of Basic Energy Sciences to study selectivity in the single atom alloy limit.