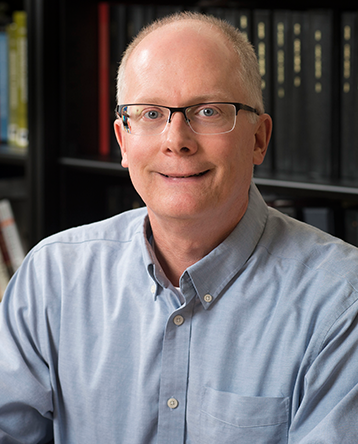 Professor Tilton has served as a regular member of the NIH Nanotechnology Study Section and as Scientific Council to CODIRECT, the Institute Excellence Centre for Controlled Release and Delivery at the Institute for Surface Chemistry in Stockholm. He has held several leadership positions in the American Chemical Society Division of Colloid and Surface Chemistry, including Victor K. LaMer Award Committee Chair, symposium committee chair, and division vice-chair, chair-elect and chair. He now serves as councilor. In 2001 and 2015 he co-chaired the ACS Colloid and Surface Science Symposium at Carnegie Mellon University.

Greg Lowry and Bob Tilton have created a new type of nanoparticle that may be able to immunize plants against harsh environmental conditions and pathogens.

Safety top of mind for Baranowski

As an integral member of the “Rethink the Rink” team, Joanna Baranowski is working to make hockey safer.

Chemical engineering alumnus Prasad Setty (E ‘1994) and his wife Shoma recently made a $100,000 gift to the Department of Chemical Engineering to create an endowed fund in support of research in complex fluid interfacial phenomena.

BME/ChemE’s Bob Tilton and Todd Przybycien's work on the process that converts sand and plant materials into a cheap and effective water filtration tool, called “f-sand,” was discussed in Business Insider India.

The seed that could bring clean water to millions

Bob Tilton and Todd Przybycien have refined the requirements of a process that turns easily accessible sand and plant materials into a cheap and effective water filtration tool.

Tilton invited to present at conference

ChemE’s Bob Tilton was invited to present at the 2018 American Coatings Conference.

ChemE’s Bob Tilton has been appointed to the Chevron Chair.

Colloids and Surfaces A: Physicochemical and Engineering Aspects

Tilton named editor of Colloids and Surfaces A: Physicochemical and Engineering Aspects

ChemE’s Bob Tilton has been named editor of Colloids and Surfaces A: Physicochemical and Engineering Aspects.

ChemE/BME’s Bob Tilton has been elected to serve a three year term (2017-2019) as Member-at-Large of the American Chemical Society Division of Colloid and Surface Chemistry Executive Committee.