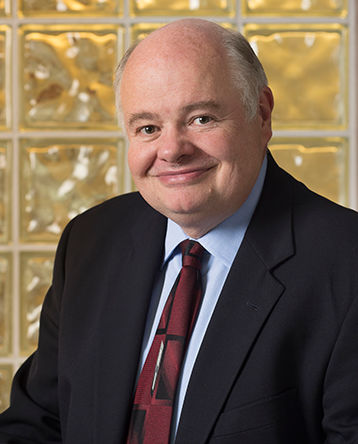 Lorenz T. (Larry) Biegler is currently the Covestro University Professor in the Chemical Engineering Department at Carnegie Mellon University, which he joined after receiving his Ph.D. from the University of Wisconsin in 1981. His research interests lie in computer-aided process engineering (CAPE) and include flowsheet optimization, optimization of systems of differential and algebraic equations, reactor network synthesis, and algorithms for constrained, nonlinear process control.

The Optimization of Chemical Engineering

Biegler inducted into the Process Automation Hall of Fame

ChemE’s Lorenz (Larry) Biegler is joining a prestigious list of individuals who have made a significant impact in process automation. Inducted into the 2022 class of Control Magazine’s Hall of Fame by a group of his peers, Biegler is recognized for his excellence, diligence, and influence on the process control industry.

ChemE’s Larry Biegler was recently awarded the 2022 Sargent Medal by the Institution of Chemical Engineers (IChemE). Named after Roger Sargent, the award is considered one of the most prestigious in the field and is presented annually to an individual who has made a significant recent contribution to research in the area of computer-aided product and process engineering.

ChemE’s Lorenz Biegler and Chrysanthos Gounaris were awarded $400,000 from The U.S. Department of Energy.

ChemE’s Larry Biegler has received a Humboldt Research Award, which recognizes the recipient’s achievements over the course of their academic career, and celebrates the significant impacts they’ve had on their discipline.

ChemE Head Larry Biegler for received the American Society of Engineering Education’s Lectureship Award. This award is presented to a distinguished engineering educator to recognize and to encourage outstanding achievement in an important field of fundamental chemical engineering theory or practice.