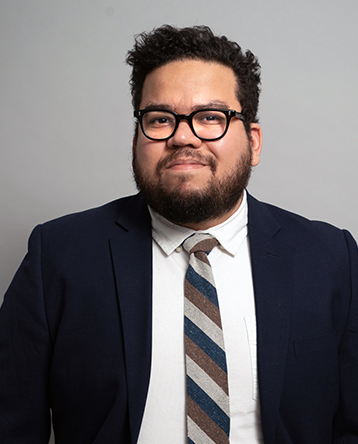 In January 2022, Gabe Gomes will join Carnegie Mellon University in the Departments of Chemistry and Chemical Engineering. The Gomes Group research program will focus on the development of new chemical reactions, catalysts, and materials using and developing state-of-the-art machine learning and automated synthesis. Gomes' research rests at the interface between machine learning and organic chemistry, where he aims to develop new platforms for autonomous reaction discovery, with emphasis on catalysis. He was previously a postdoctoral research fellow at the University of Toronto in the Matter Lab, led by Professor Alán Aspuru-Guzik. While there, Gomes received a Banting Postdoctoral Fellowship to pursue his work titled "Designing Catalysts with Artificial Intelligence."

Under the guidance of Professor Igor V. Alabugin, Gomes earned his Ph.D. in Fall 2018 from Florida State University, where he also was awarded the LASER Fellowship in 2014 and the 2016-2017 IBM PhD Scholarship. At FSU, his research was centered on the relationship between molecular structure and reactivity, focusing on the development and applications of stereoelectronic effects. His dissertation was entitled Controlling Chemical Reactivity with Stereoelectronic Effects." For his work at FSU, in 2018, Gomes was: awarded the FSU's Graduate Student Research and Creativity Award for his work in Computational Chemistry; awarded the ACS COMP Chemical Computing Group Excellence Award for his work on the mechanism of the Gold-Catalyzed Bergman Cyclization; selected for the CAS SciFinder Future Leaders Program; selected for the ACS ORGN Graduate Research Symposium.

Gomes received his B.Sc. in Chemistry from Federal University of Rio de Janeiro, Brazil under supervision of Professor Pierre Mothè Esteves, in 2013. His research at that university was focused on theoretical studies of electrophilic aromatic nitration via single electron transfer and a final project on the development of methane clathrates inhibitors. He also spent a year at the University of Lisbon, Portugal in an academic exchange researching reduced graphene oxides, with Professor Maria José Lourenço.

ChemE’s Gabriel Gomes was named one of Chemical & Engineering News’ “Talented 12” rising stars in chemistry, which recognizes “early-career researchers in the chemical sciences who are fearlessly tackling difficult global problems.”

ChemE’s Gabe Gomes has published an article in Nature Synthesis on predictably activating C–H and C–C bonds for the synthesis of new materials remains a challenge within the synthetic community.